Fun for the whole family! The Lil' Pilgrims Family Stage is one of the most engaging and entertaining area in the entire festival! Which features renowned children’s musicians and fun filled activities for the little ones! 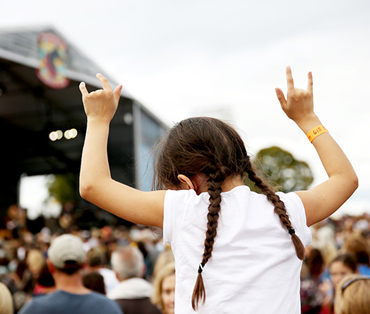 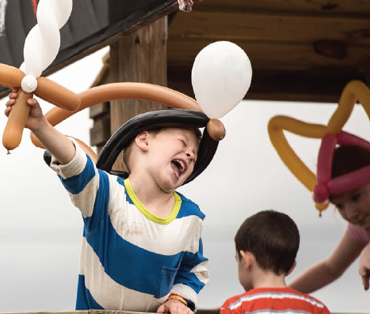 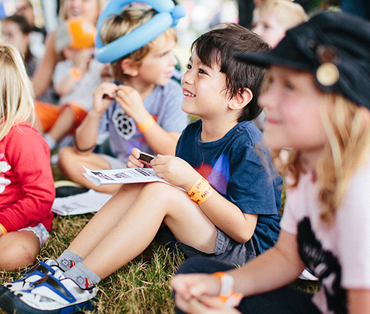 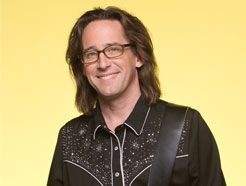 GRAMMY nominated artist Ralph's World will headline both days where he creates a mega-fun musical planet where kids rock rock rock and dance dance dance to their own delight as well as their parents. It's the creation of Ralph Covert; indie rocker, songwriter, playwright, and children's book author. Ralph's World has appeared on the Disney Channel, headlined at Lollapalooza, Austin City Limits and the New York Times called him kids music's "Elvis Presley, or at the very least its Elvis Costello." 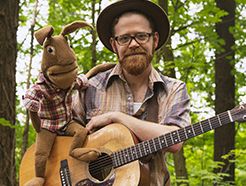 Red Yarn (aka Andy Furgeson) is a Texas-born, Oregon-based family performer who weaves folksongs and puppetry into high-energy shows for all ages. With his engaging performances, award-winning folk-rock recordings, and playful music videos, this red-bearded bard reinvigorates American folklore for younger generations. Performing with his wife Jessie and their backing band in support of their new album, Born in the Deep Woods, Red Yarn will lead audiences into a magical forest where all the animals of American folksongs live together. Red, Miss Jessie and their lovable "Critter" puppets will have audiences singing, dancing, stomping, clapping, and celebrating the USA's multicultural musical heritage. 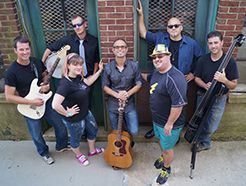 Live onstage is where the REAL fun happens with The Happy Racers, where mature men become goofy boys making boys and girls (and adults too) smile, laugh and dance. When Nathan Meckel (lead vocals, guitar), Mark Niemiec (drums, vocals) and Layne Ihde (guitar, trumpet, vocals) hit the stage, all bets are off, giddiness ensues and the freewheeling fun begins. Three grown men, accomplished musicians (Niemiec even has a Grammy nomination), leap out of their adult realities, get in touch with their inner goofball and jam on tunes that make music a blast again – for them and those who can’t get enough of their childlike magic. The Happy Racers first captured everyone’s imagination with their hit 2012 indie debut Ready Set Go, which got off to a quick start thanks to the extensive airplay for the track “Lovabye Dragon” on XM/Sirius’ Kids Place Live, the country’s most popular radio station. They’re currently in the studio working (not that they ever really “work”) on their highly anticipated follow-up, Sidewalk Chalk, set for release later in 2016. 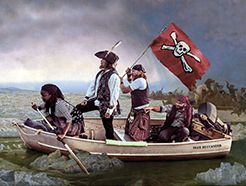 Tom Mason and the Blue Buccaneers

Tom Mason and The Blue Buccaneers perform swashbuckling songs inspired by the golden age of pirates in their Nashville Pirate Show. Kids love to join in, singing and dancing along. These fun-loving pirates will take you back three hundred years with a joyous smorgasbord of rhythms plundered far and wide, sing-along shanties of their own making, and a few favorites soaked in their own concoction of seawater and grog all served up with a generous helping of fun, all while teaching kids the history of life on the high seas. They will have the crew talking like pirates in no time!

Tom’s theatricality and musicianship make for an explosive mix. His songs conjure up a life on the seas in an era when the only hope for destitute sailors was to become pirates. The Blue Buccaneers comprise some of the finest musicians in any hemisphere and draw on their rich musical backgrounds to create fun with flavor and soul. 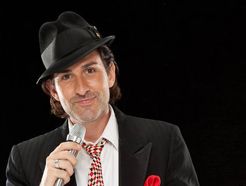 Born in France, raised in South Louisiana, and finding his true home in the French Quarter of New Orleans, comedy magician Michael Dardant brings a lot to the table; including the silverware which often falls from his hat! His mystifying sleight of hand is enthralling and now globally award winning. Recently the world of magic has recently been left stunned, witnessing an unmatched strive for stardom as Michael took on the challenge of the World’s most prestigious magic compétitions. In less than three years he has accumulated more than thirty first place and championship awards making him, in record speed, one of the most decorated magicians in history and qualifying him to represent the United States in the World Championships of Magic in Italy (FISM 2015), where he secured a top ten placement in Parlor Magic and was featured on Masters of Magic seen by over 20 million viewers. As one of the world’s “Rising Stars of Magic”, he has since been inducted into the Magic Circle of London, the oldest magic society on the planet. He was named International Ambassador to the Québec Magic Festival and has now lectured in over a dozen countries. 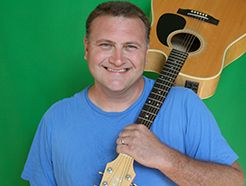 Taft Brown blends his love for children and his passion for music to connect with his audience. Taft has been writing and performing since his adolescence, but since having kids of his own, he has found a creative passion for writing his imaginative and entertaining music for children and families. Taft says, “I get my inspiration from my four children, and I hope to share the fun with other kids and their families through my music.”

For years Taft has been involved in singing and performing songs to children from youth camps to children’s worship and all over. According to Taft, his objective is to make music that both kids and parents will enjoy, resulting in a truly full family experience. He believes children should learn, be motivated, and discover self-confidence. With catchy hook-lines like “Socks with Crocs” and “Bye-Bye Tricycle”, Taft’s songs are focused on what a child might be experiencing in their world today- on their own level. 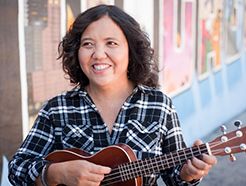 "Ann and her band are sneaky good -- the songs and the show builds until kids and their grown-ups are drawn in maybe more than expected" says Bill Childs, Spare the Rock, Spoil the Child and SXSW kindie stage producer.

Little Miss Ann considers herself a late bloomer. She is very happy to have found something she LOVES to do. She really enjoys playing music that brings happiness to kids as well as sending positive messages to young souls.