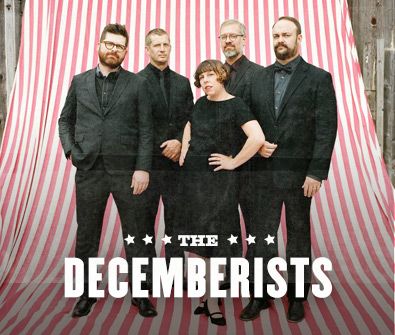 The Decemberists will take the Pilgrimage Festival by storm

American folk rock band The Decemberists will take the Pilgrimage Festival by storm this September. The group, popular for their eclectic, live performances and unique lyrics, consists of five members and hails from Portland, Oregon. Fans can expect to see an array of instruments used throughout the show, including an upright bass, organs, and accordions to produce the band's unique sound.

Following a tour with fellow Pilgrimage Festival performer, Neko Case, and the legendary Bob Dylan, The Decemberists released their sixth album, The King is Dead, which featured the Grammy nominated song "Down By the Water." Since receiving the Grammy nomination in 2011, the group has released two more albums; most recently, What a Terrible World, What a Beautiful World in January 2015. The band is currently on tour across the U.S.

Don't miss them at the Pilgrimage Festival in Franklin, TN!