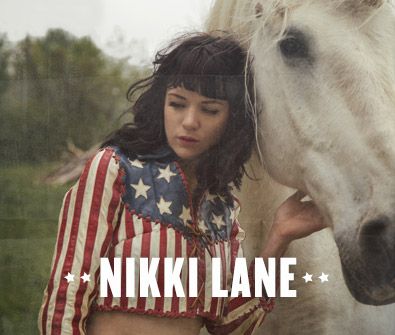 South Carolina native Nikki Lane is the epitome of the term “artist,” dabbling in both fashion and music. After dropping out of high school in Greenville, South Carolina, Lane worked as a fashion designer in Los Angeles and later in New York City. After breaking up with a country musician, she was inspired to begin writing her own country music.

Lane’s songwriting brought her to Nashville, Tennessee, where she released her debut album in 2011. The album, Walk of Shame, was released on Iamsound Records and was followed by her second album, All or Nothin’, in 2014.