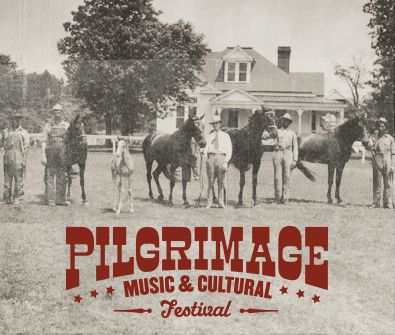 You might wonder where the name Pilgrimage came from… the definition means to make a journey. Hosting music that comes from the legendary “Gold Record Road;” New Orleans, the Mississippi Delta, Memphis, Nashville and many other places; a Pilgrimage will be made. Artists with deep roots in Franklin along with those who haven’t been there before, all coming together for this event.

Born and raised in Louisiana, founders of Pilgrimage Music & Cultural Festival Kevin Griffin, Brandt Wood, and Michael Whelan were heavily influenced by the New Orleans Jazz Festival. Griffin, the lead singer of Better Than Ezra, has called the Nashville-Franklin area of Tennessee home for many years now.

Franklin, TN, immensely rich in American history, is the location of The Park at Harlinsdale. Previously one of the country’s premiere walking horse farms, Harlinsdale is now a city owned park. Griffin, a frequenter of the park’s jogging trails, had an epiphany one day, “surrounded by those rolling hills and natural amphitheaters: this is the perfect setting for an amazing, unique music festival.” An epiphany turned to reality, the dates for the first annual Pilgrimage Music & Cultural Festival are September 26th and 27th of 2015.